How does Homeopathy work

Homeopathy is a system of medicine that uses small doses of natural substances to help stimulate the body’s natural ability to heal itself.

In Homeopathy, we work with your wellbeing rather than just focussing on individual conditions. This involves taking a very thorough case history. So, in summary homeopathy:

Your homeopathic remedy may be given as a liquid, in pillule form, tablets or a powder. If given as a pillule it is to be sucked until dissolved, and may be handled only by the patient. Food, drink, toothpaste for at least 15 minutes before and after taking the remedy to allow the remedy to take effect.

How Homeopathy developed is interesting and helps to explain why homeopathic consultations take longer than a conventional medical consultation and why homeopaths ask a large number of questions.

Homeopathy is a 200 year old medical system founded by a German physician, Samuel Hahneman M.D. (1755-1843), on the theory that “like cures like”. It was developed following his translation of work by Dr Cullen on the use of quinine (made from the bark of the chinchona tree) for the treatment of malaria.

Dr Cullen claimed that it was effective because it was bitter however Hahneman disagreed as stronger astringents had previously failed in the treatment of malaria. Hahneman (who did not have malaria) dosed himself with the quinine to find that it produced in him, all of the symptoms of malaria: fever, sweating, shivering, weakness.

Hahnmann developed the concept that substances that could cause symptoms in a healthy person could cure a disease with the same symptoms in a sick person. An extended series of tests called “provings” followed where substances were used on other “well” volunteers and their their reactions (physical, mental and emotional) were recorded in minute detail. The results of these provings confirmed his theory that “like cures like” – that which can cause, can also cure.

Hahneman concluded that treating an illness with a substance that is able to produce the same symptoms in a healthy person in some way cancels out the disease and restores health. He later developed a method of serial dilution to minimise aggravation while at the same time retaining a curative, stimulating effect. Later the remedies were “potentised” through serial dilution and succussion. Experience showed that the more potentised the remedy the better the response.

Homeopathy has been in New Zealand for over 150 years. For more information visit the New Zealand Council of Homeopaths website.

Most homeopaths choose to work in conjunction with or alongside conventional medical practice. Homoeopathy offers a viable alternative health option or a way of “adding value” to the existing treatment for a large number of conditions, for example:

People may choose to use homeopathy as a preferred option for some conditions.

If you are currently taking conventional medication please advise your homeopath. Any changes to your medication should involve consultation with your GP or specialist.

Who is Homeopathy available for?

Because of the way homeopathy works it can be used as a therapy to support the health of adults and children in a wide range of areas including people with: 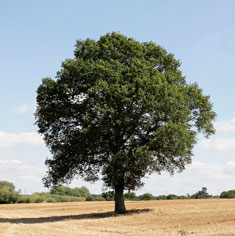